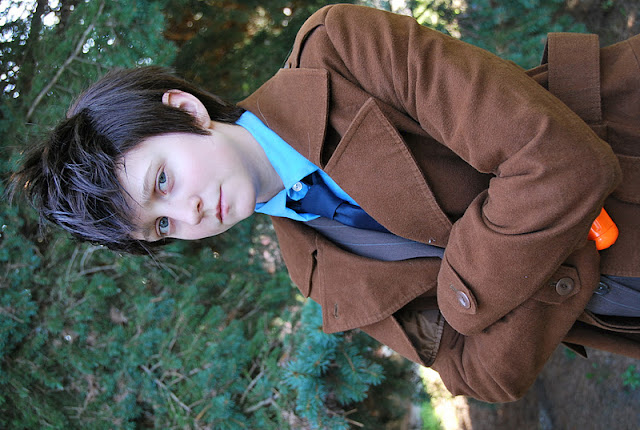 I was at a thrift store, when I discovered this amazing brown suede long coat. Once I tried it on, I knew I had to buy it and one day do a 10th Doctor costume, perhaps in the far future. Not 2 days later I found a brown and blue pinstriped suit in another thrift store and I thought, "DESTINY!?" So I decided to make the rest of the costume for fanexpo. >:D 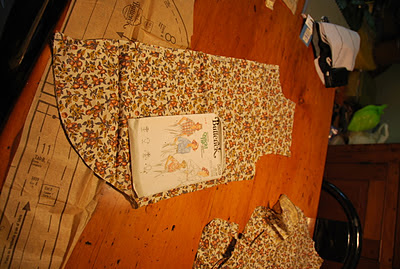 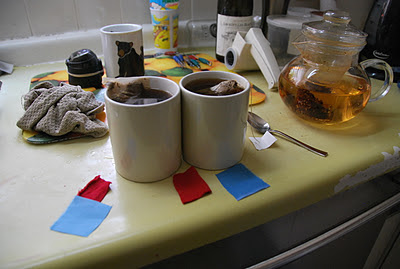 So I found a basic blouse pattern in the basement storage with my mum's sewing patterns. But she lost the instructions... So we had to guess how the heck it should be put together. She had actually pinned it to some really 70's looking fabric to make a blouse back in the day, but never did. So I took those pieces too. I will one day make that blouse also.

I was originally planning on tea-dying my blue fabric to make it a bit darker, but I ran out of time. 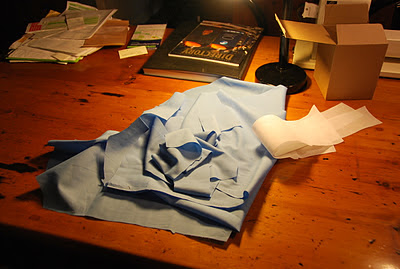 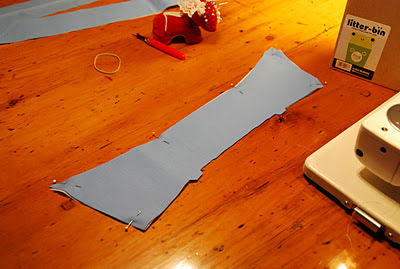 I cut out all the pieces and started by sewing the collar together.

After much confusion, we managed to figure out how the placket at the front was supposed to be sewn together. 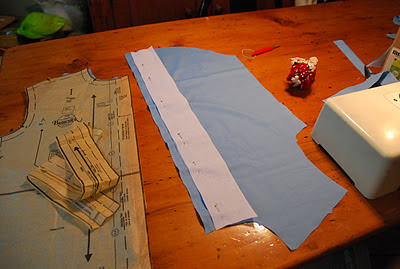 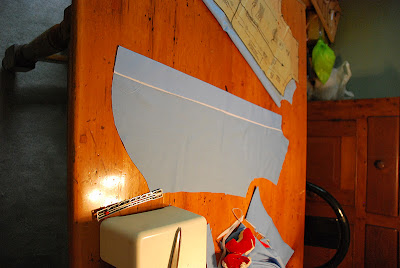 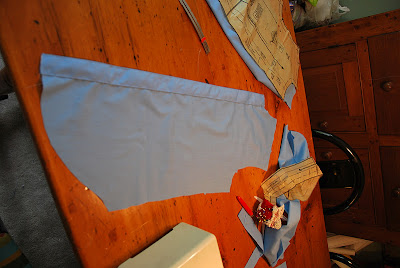 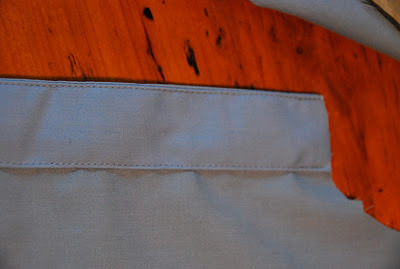 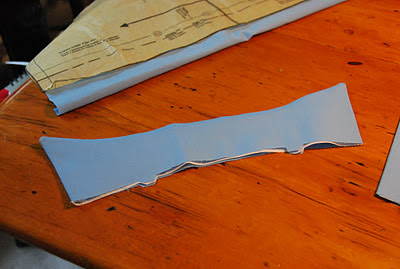 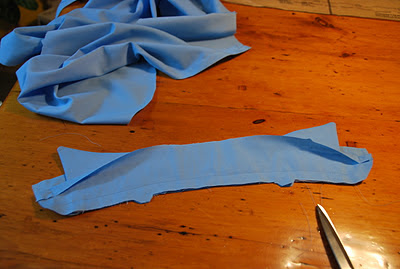 The collar was then flipped right side out, corners clipped and pressed. It was then sewn to the other collar piece. 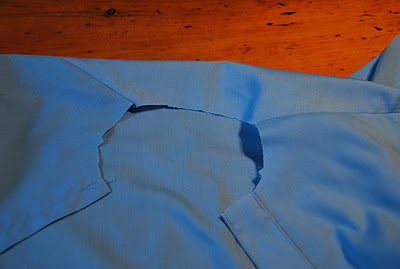 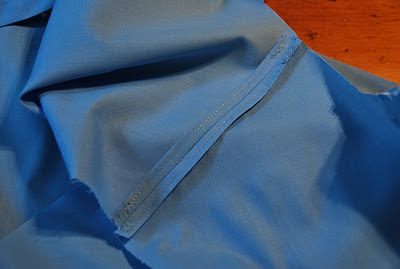 I sewed the back and front pieces of the shirt together at the shoulder seams only, then finished those seams nicely. 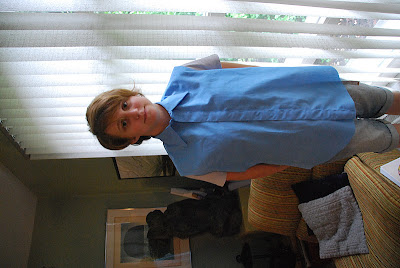 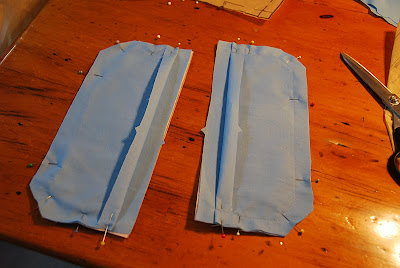 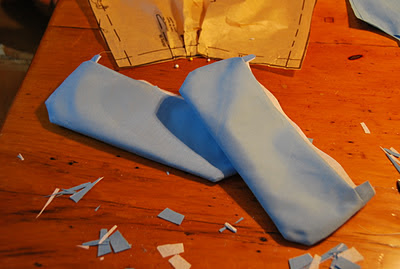 I sewed the cuff pieces, flipped the right way out, and pressed them, same as the collar.

Then I took the pants in. And then I took them in some more. I may still do some more altering to the suit and pants, as I am not entirely satisfied with them at this point. 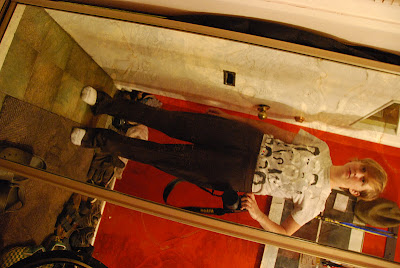 Trying to decipher what these marks are supposed to mean...

Some were the pleats and the other was a slit that I put some bias tape around the edges of. 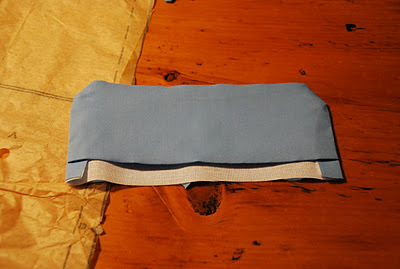 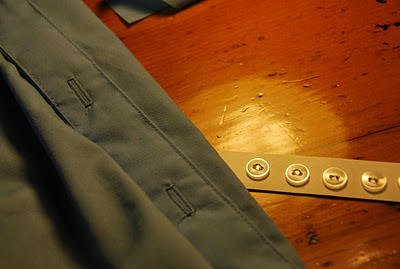 The buttons were the last thing to add. I got my mum to do the holes for me as I had never done any before and didn't want to wreck the shirt. 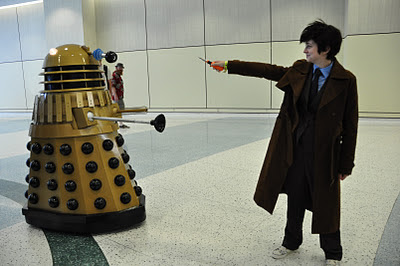 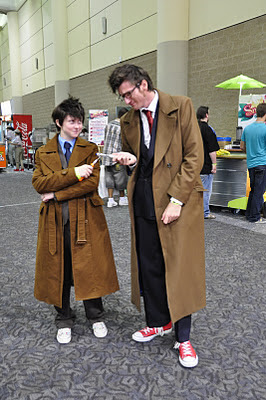 I was attacked by a Dalek! D: But he soon realized that my screwdriver was not as sonic as I had originally hoped! "THAT IS NOT A SONIC SCREWDRIVER."

Actually, funny story: I needed a hat stand for my display, and so we bought one at ikea. And we put it together with my screwdriver. MOST USEFUL PROP EVER.

I met like a million more doctors at the con. Lots of 10ths. But I was the only girl. :( And I was way shorter. They called me mini doctor. I was not amused. 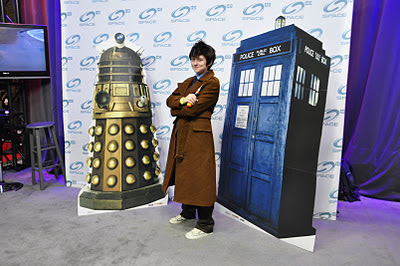 Those observant people may have noticed that I actually darkened my eyebrows for this one! It helped make the wig look more realistic. Next in-depth look is at how I achieved styling this amazing wig! >:D 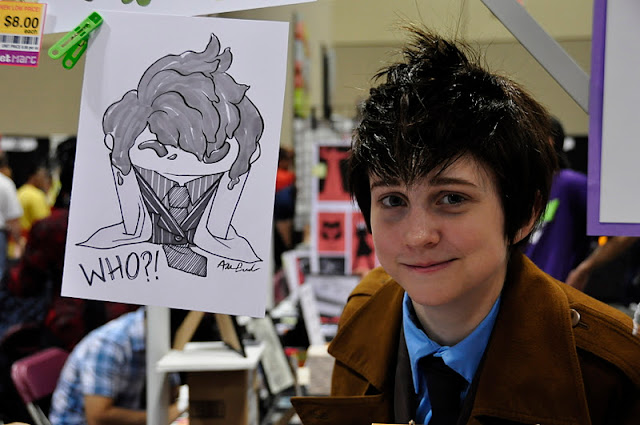